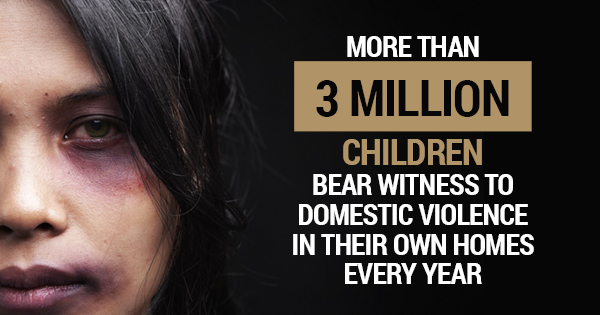 Domestic violence is an issue that plagues people around the world. It injures and alienates individuals who may have a chance of getting out of their abusive relationships if the people around them know the facts.

Despite the prominence of this issue, there are still a lot of myths floating around. In order to be aware of domestic violence when it’s happening and to possibly be able to help a victim, here are some common misconceptions about domestic violence.

Domestic violence doesn’t affect children
As much as you might not like to believe it, more than 3 million children bear witness to domestic violence in their own homes every year. Children are also used as tools by abusers, suffering threats to make a victim stay with their abusive partner.

Victims can just leave
Domestic violence is cyclical. A victim may experience instances of severe abuse and want to leave, but then see guilt and remorse in their abuser and be convinced to stay. This cycle repeats itself and creates a very harmful environment for a victim.

A victim can just call the police
Calling the police is an important form of rescue for many victims of domestic abuse, but many hesitate. A victim may hesitate for a variety of reasons, but most often it’s because they don’t want their partner to go to jail or they fear calling may escalate the abuse later.

Domestic violence lawyers and assault attorneys frequently deal with cases like these. If you think someone you know is suffering at the hands of an abuser, keep these things in mind and consider contacting a domestic violence attorney.