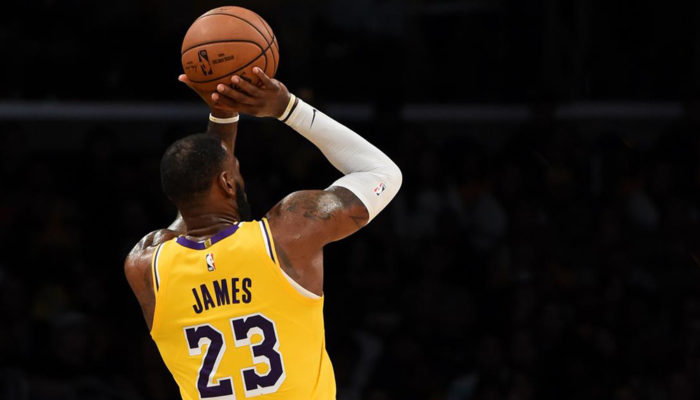 Employment Law: Your Misclassification May Entitle you to Substantial Compensation

As you may have heard, LeBron James is officially an employee of the Los Angeles Lakers! But what does that mean?  I’m not talking about the obvious benefits the Lakers will reap on the court from having the greatest player in the game come to Los Angeles.  No.  I’m asking why do we call him an “employee?”  Why isn’t he considered an independent contractor who does work for the Lakers?  After all, LeBron James is a global brand whose name and likeness is plastered all over clothing, soft drinks, and media platforms.  The NBA media only half-jokingly has referred to LeBron as the coach, general manager, and owner of the teams he’s played on.  Such is the force of his influence, skill, and personality.  Despite the significant power that he wields, he remains an employee of the Los Angeles Lakers.  Today, I will explain what makes someone, even King James, an employee.  I will also explain how an individual who is misclassified as an independent contractor may be entitled to substantial compensation.

An independent contractor is defined as “one who renders service in the course of an independent employment or occupation, following his employer’s desires only in the results of the work, and not the means whereby it is to be accomplished.

When attempting to sort out the nature of the relationship, courts look at a number of factors, all of which must be considered, and none of which are determinative by on their own.  Depending on the legal remedies associated with laws at issue, this means applying the “multi-factor” or the “economic realities” test adopted by the California Supreme Court in the case of S. G. Borello & Sons, Inc. v Dept. of Industrial Relations (1989) 48 Cal.3d 341.  In applying the economic realities test, the most significant factor to be considered is whether the person to whom service is rendered (the employer or principal) has control or the right to control the worker both as to the work done and the manner and means in which it is performed.  Additional factors that may be considered depending on the issue involved are:

Summed up, these factors are used to determine whether someone is engaged in business for themselves (independent contractor), or if they are performing work that would traditionally be performed by an employee.

Let’s go back to LeBron as an example.  You may be saying to yourself, “wait a minute. LeBron is the one who makes the plays on the court!  And he certainly has a special skill!”  Yes, that is true.  However, the team supplies and pays for the uniform.  The team tells him where he has to go and what time he has to be there for practice, games, team events, etc.  LeBron is under contract and cannot go play for another team.  In other words, there is a permanence of working relationship between the Lakers and LeBron. (At least for the next four years).

There is a significant difference between control over the details and general supervisory control of an owner.  Even in an independent contractor relationship, the owner may have the broad general power to supervise and control the results of the work to ensure satisfactory performance.  These general supervisory rights can include:

However, even where there is an absence of control over work details, an employer-employee relationship will be found if:

A perfect illustration of the difference between an employee and an independent contractor is the act of hiring a plumber to do some work on your home.  As someone who is presumably not a plumber themselves or the owner of a plumbing company, you are unlikely to be overly concerned with how the plumber does his work as long as everything works and looks nice once they are finished. Similarly, when you hire a plumber to do a particular job, you are not in the position of dictating when they will show up for work, how long the work should take, or how the plumber should go about performing the work.  You as the owner may maintain general supervisory power over the way he completes the work such as which type of fixtures to install or ensuring the fixtures work.  However, despite retaining a certain degree of control, this example clearly demonstrates an independent contractor relationship because you, as the owner, do not have the ability to control the details of how the work is performed.  Moreover, when you apply the Borello factors to the same scenario, it becomes apparent the plumber is engaged in business for his or herself, and the employment relationship is temporary and definite.

Keep in mind that the plumber may still have a significant degree of freedom with respect to the time and method necessary to complete the work which would be inherent in the type of work being performed.  You could also safely assume that a plumber’s duties, working for the plumbing company, are an integral part of the operation and the plumbing company retains pervasive control over the operation as a whole.

When Things Get Complicated

What if that same plumber, doing exactly the same type of work, is working for a fictional App called “Plumbit”?  Similar to the employment scenario above, Plumbit is responsible for finding clients, telling the plumber where to go, when to be there, has standards for how the plumber should interact with the client, and has a certain standard rate which plumber is required to charge.  However, using Plumbit, the plumber is free to accept or decline the work that is offered, the plumber has his or her own truck/tools, and Plumbit is only concerned with results of the work.  Is this person an independent contractor or an employee? Unfortunately, the answer to that question is not clear.

Things can also get complicated when there is a tiered hierarchy system in the particular field of work. Going back to LeBron, you can see how the franchise system works.  The National Basketball Association (NBA) is a corporate company, which is comprised of 30 franchises. A franchise is defined as “an authorization granted by a government or company to an individual or group enabling them to carry out specified commercial activities, e.g., providing a broadcasting service or acting as an agent for a company’s products.”  The thirty teams are franchises that are authorized by the NBA to field a basketball team.  Each team has an owner (or owners).  So is LeBron James an employee of the Lakers, or is he an employee of the NBA? The short answer is that he’s an employee of both.

As you can see, the employee-independent contractor distinction can get confusing.  This is why it is important, when you are concerned if you have been improperly classified as an independent contractor, to contact an employment attorney.  There are substantial penalties for misclassification.

Moreover, as is often the case, employers will intentionally misclassify employees to avoid paying the minimum wage, rest break premiums, lunch break premiums, and overtime. Failure to properly pay any of these can result in separate additional substantial penalties. Moreover, punishing an employee by subjecting them to an adverse employment action such as demotion or termination will subject an employer to even greater penalties.  If you feel that you have been misclassified, call us to schedule a free no-risk consultation.

Finally, I don’t know about you, but I am beyond excited that LeBron James will be an employee of the Los Angeles Lakers this coming season.  We’ve been talking about titles during this article, but I’m looking forward to LeBron bringing home an NBA title to Los Angeles!